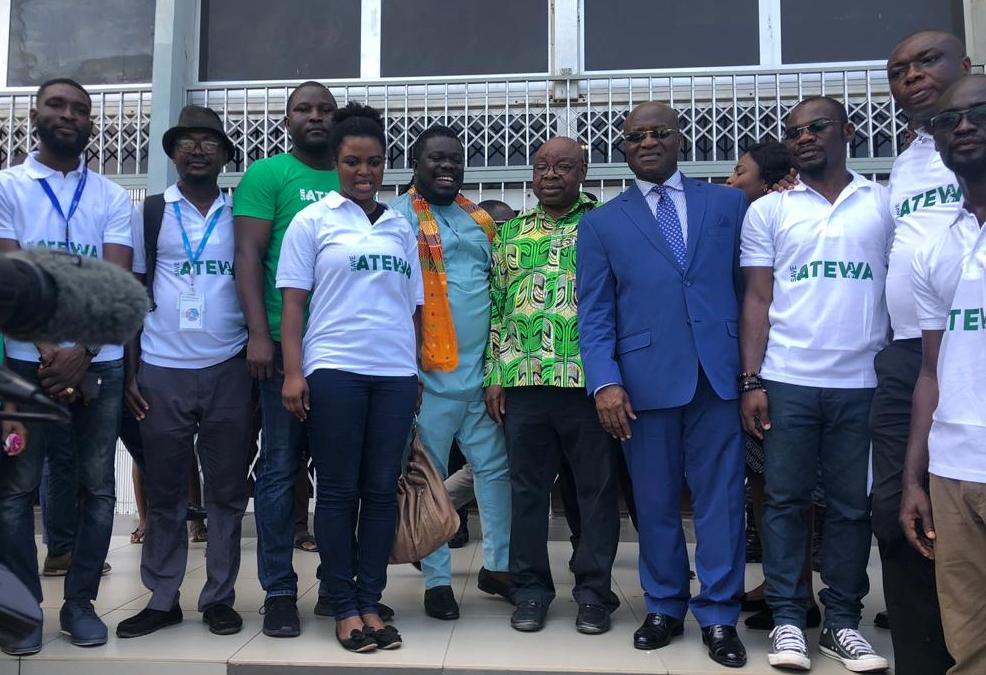 The Coalition of NGOs against Mining in Atewa Forest (CONAMA), on Friday, June 21, 2019 presented to the Parliament of Ghana, a petition which concerns the mining of Bauxite in the Atewa Forest.

The petition sought to draw Parliament’s attention of the need to make informed decisions for the protection and effective management of the Atewa forest and the water shed it feeds by ensuring the Landscape is excluded from any form of mining exploitation.

The Majority leader, Mr. Osei Kyei Mensah Bonsu received the Petition on behalf of Parliament and promised that Parliament would study the content of the petition and address the issue in due time.

Responding to the petition, Minister for Lands and Natural Resources, Mr. Kwaku Asomah-Cheremeh said government will pursue reasonable and sustainable mining in Atewa Forest Reserve adding that, the mining of bauxite would be done using a modern mining technology which will in turn, maintain the sanctity of the forest.

“We’re determined to do reasonable and sustainable mining that the environment would be saved. We’re not going to destroy the natural edifice by way of destroying trees and rivers on the ground,” he said.

Mr Asomah-Cheremeh continued: “We have listened to the concerns of the people and that’s why we’re coming up with reasonable methodology and sustainable ways of doing bauxite mining so that the water bodies and forest will be maintained so that there will be no problems.” 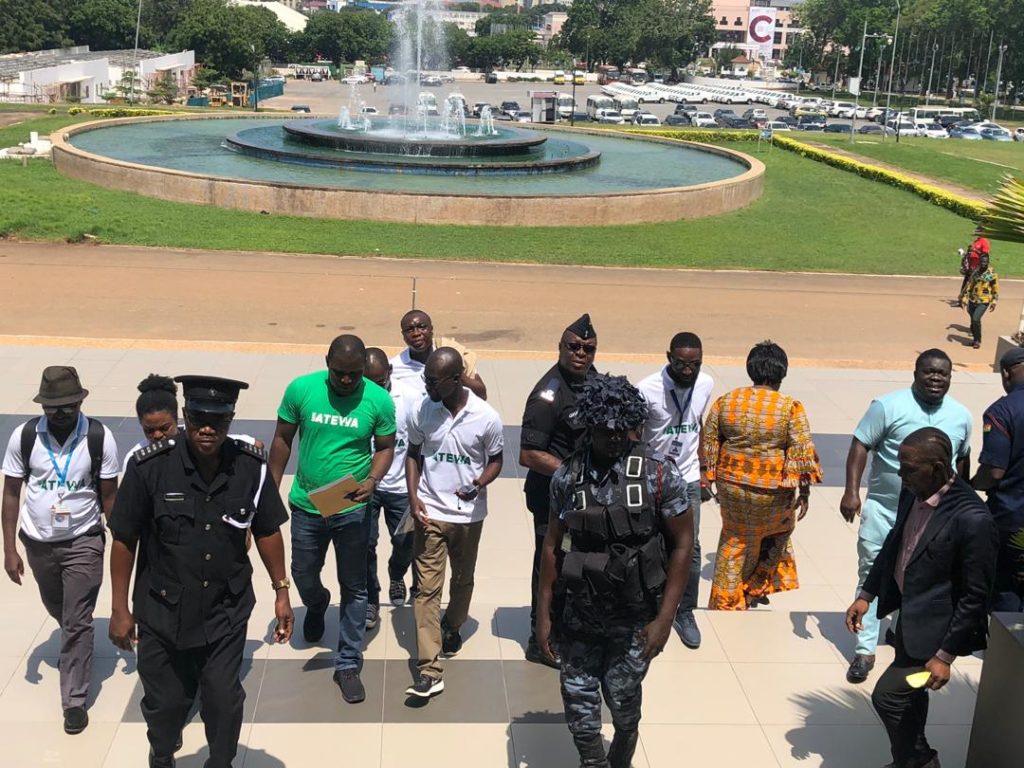 Leaders of CONAMA arriving at the Parliament House

This line seems to be the only response government has given since campaigns against mining in the Atewa began. But in counter responses, environmentalists have also argued that there is there is nothing sustainable and responsible about mining bauxite in a watershed like Atewa Forest.

“We know there is no “modern technology” that can remove the red mud without first removing the forest that grows on top. In actual fact, if the President has been told that there is a technology that can remove the red mud without destroying the forest cover which supports wildlife; without negative impact on downstream water bodies and underground aquifers, and without the health-related issues associated with the red dust that comes with bauxite mining, then that information is not factual and unproven,” Concerned Citizens of Atewa Forest had asserted in an earlier statement.

Environmentalists have therefore challenged government to show to Ghanaians what those ‘sustainable’ technologies are.

Prior to the presentation of the petition, the group embark on several activities including a Stand Still Street Messaging on some principal streets in Accra.

The peaceful protest continued late Friday morning with a peaceful march from the Ghana Wildlife Society premises at Ridge to Parliament—where the petition was delivered. 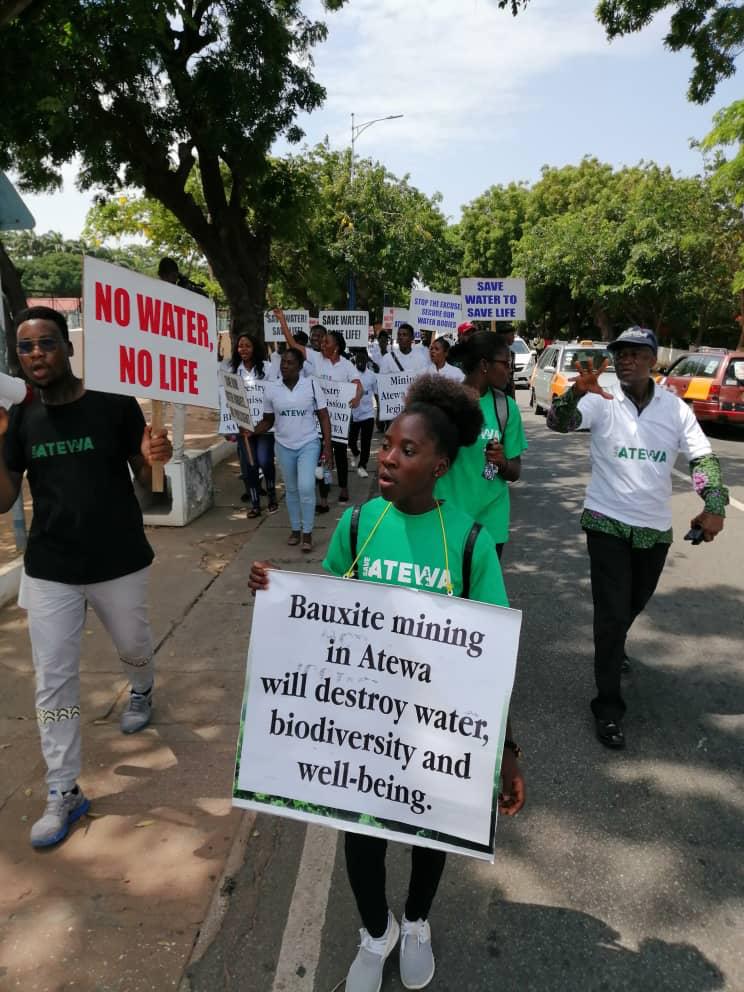 Together with members of the general public, the CSOs poured onto the streets of Accra amidst chanting and singing; demanding government to rescind its plan to mine in the Atewa Forest. They were also clad in various paraphernalia with the inscription, ‘Save Atewa’ and holding placards with several messages on them.

The coalition is made up of  A Rocha Ghana, Forest Watch Ghana, Save the Frogs Ghana, WAPCA, Friends of the Earth Ghana, Tropenbos Ghana, UN Youth Ghana, Civic Response and Eco Care Ghana.

The group in their petition stated that the mining of bauxite in commercial quantities could have dire consequences on the forest which serves as home to some endangered wildlife and also as a source of water for most rivers across the country.

In light of this, they appealed to Parliament to use their “esteemed office as the third arm of government to intervene before one of Ghana’s most priced assets is decimated.

Amongst other things, the group asked Parliament to;

Find below the full petition delivered to Parliament