According to the Convention on International Trade in Endangered Species (CITES), Pangolins are the most trafficked animals on the planet. They are illegally hunted and traded both locally and internationally for their meat and scales which is believed to have healing powers in some Asian countries such as China.

In Ghana, the pangolin population is believed to be nearly extinct due to poaching. It was therefore a great excitement when, A Rocha Ghana received a call from Mr. John Korang to help him release three rescued pangolins into the wild. Of the four species of pangolins recorded for Africa, Ghana has three of these species which include White Bellied Pangolin (Phataginus tricuspid), Black Bellied Pangolin (Phataginus tetradactyla) and the Giant Pangolin (Smutsia gigantea) 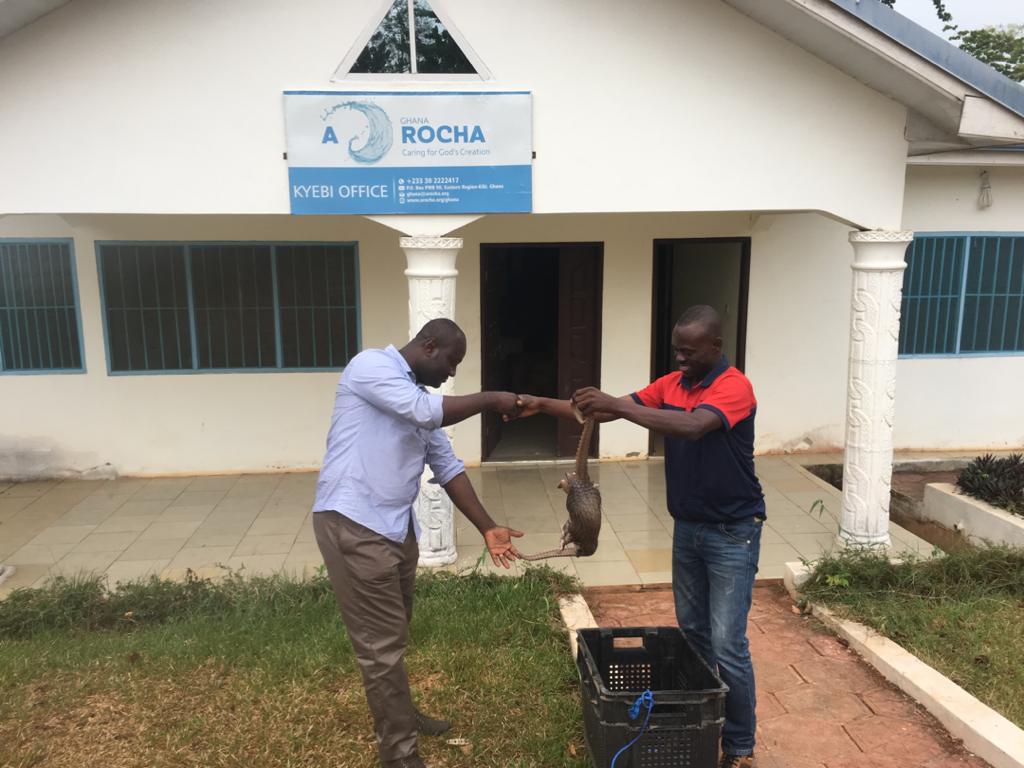 Mr. Korang handing over the Pangolins

Mr.  John Korang, an IT professional and Country Director of D-Link had rescued the three white-bellied pangolins on the Kumasi-Accra highway from traders by paying GH₵ 1,200.00. According to Mr. Korang, he has been an avid lover of pangolins since his childhood and often got into trouble for releasing his grandfather’s catch into the wild when he was 11 years old.

“I would feed the animals with lots of ants which were abundant in the village and release them alive into the wild anytime I got the opportunity to the dismay of my grandpa”, he narrated with a smile. All three pangolins rescue by Mr. Korang were released into the Atewa Forest with the help of the A Rocha Ghana Team.

Earlier that week, Mr. Kofi Isaac, a local farmer also brought a white-bellied pangolin to sell to the A Rocha team, however, upon educating him about the importance of the animal to the ecosystem and the need to protect them from extinction, he  wholeheartedly donated it to be  released into the wild. 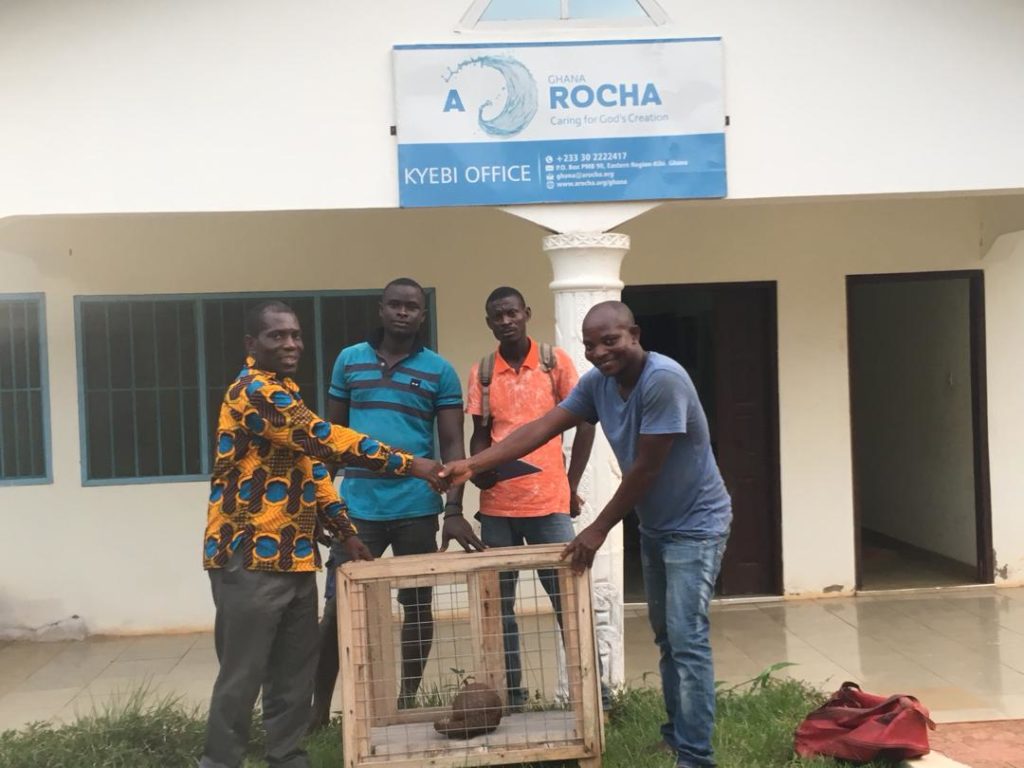 Despite the lack of scientific evidence backing the potency of Pangolin scales as medicine, humans keep hunting and trading them illegally, putting them at risk of extinction. A research published in the journal Nature”, called for the prohibition of trade of pangolins because their genetic data suggest they may be carriers of the Corona Virus and therefore must be handled with caution.

According to the researchers “The discovery of multiple lineages of pangolin coronavirus and their similarity to SARS-CoV-2 suggests that pangolins should be considered as possible hosts in the emergence of novel coronaviruses and should be removed from wet markets to prevent zoonotic transmission”. https://www.nature.com/articles/s41586-020-2169-0

A Rocha Ghana continues to provide a save space for pangolins and other wild animals through our work within the Atewa Forest Landscape.

We therefore encourage all Ghanaians to learn from our two pangolin heroes and stop the illegal hunting and trade in pangolins. Start by refusing to purchase live or dead pangolins, reporting to the nearest police officer/station or the nearest Forestry Commission station.  Better still, you can go the extra mile by rescuing the pangolins from these traders.

The need  to save pangolins and guarantee healthy ecosystems for Ghana’s diminishing wildlife heritage provides another justification for securing Atewa from mining and making it a national park and haven for biodiversity.