Jaksally Development Organization, an NGO based in Bole in the  Savannah Region of Ghana, has raised concerns about what it describes as “Wanton destruction of shea trees by charcoal producers in the Savannah Region “.

Mr. Jeremiah Seidu, Coordinator of Jaksally Development Organization, noted with disappointment how charcoal producers cut down a number of shea trees in the Savannah Region to be used in charcoal production.

Mr. Jeremiah, disclosed this to Abdul Fatawu in an interview during Yagbon Radio morning show,” Tea cup” on Monday, 11th May, 2020.

He said on one of his routine movements he encountered a retired teacher and an educationist who has set fire on fresh ” dawadawa” trees with fruits, 68 Shea trees mature with a cut ring round which have been poisoned or injected with “condemn” but have grown over it, 56 freshly cut rings round fresh trees which are still with sap either waiting to be poisoned.

He again found new and not opened “condemn bottles” at some of the charcoal zones as in Jentilpe, Kodanyina, Jelinkon all in the Sawla- Tuna- Kalba District,  Mandari, Sonyo and Dakurpe in the Bole District, Broto, Yipaala and Cloth in West Gonja and Bawena, Kpalambo, Jinfrono and Kuputo in North Gonja.

Jaksally Development Organization coordinator added that at Jentipe a man who hails from Lambuasi told him is a taboo and punishable by banishment if one cuts a Shea tree in his hometown but does that in Jentilpe because he either gives 50 or 100 cedis to traditional authorities to Carry out his charcoal production. 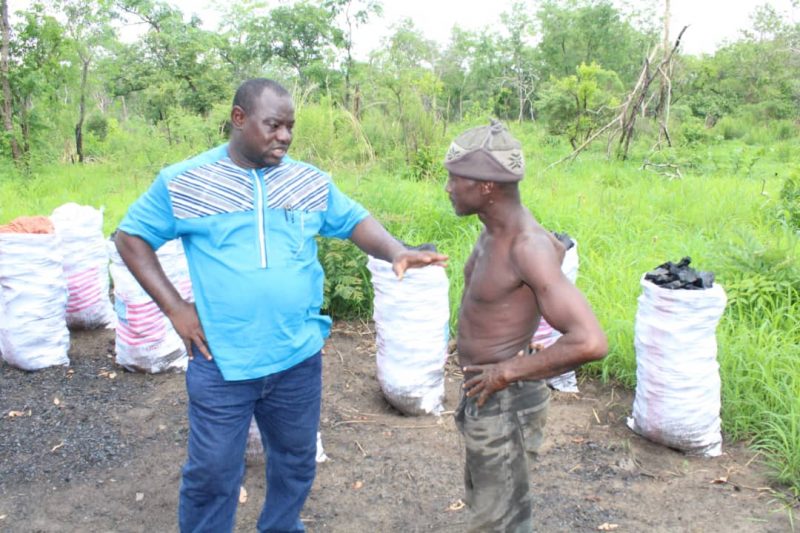 According to Mr Jeremiah, he once intercepted a kia Rhino loaded with charcoal and when the driver was interrogated he gave him receipts bearing the names of the various Traditional Councils, District Assemblies and even with the forestry commission in the Region.  He said the Traditional authorities are not helping in the fight against charcoal production in the region.

Mr. Jeremiah recounted how a farmer sent a gun to his farm when he heard he will be there but declined to shoot him after realizing that’s his VSLA master.

Mr. Jeremiah said “This action if not checked has the potential to worsen economic lives of the rural people, especially women as well as discouraging climate resilience campaigns, violations of international protocols on conservation and biodiversity efforts.”

The Shea trees are also our cocoa here in the Savannah Region and we need to protect them, he noted.

Mr Jeremiah then called on all stakeholders within the region to come together to fight this cancer collectively in order to preserve the future of the younger generation. 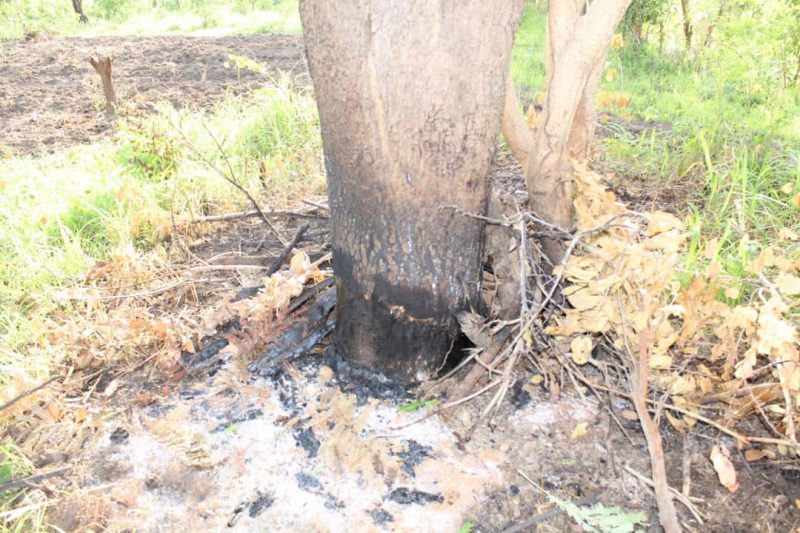 Meanwhile the Savannah Regional Coordination Council ( SRCC) has inaugurated a 17- member committee charged with the responsibility of ending the menace of logging and charcoal burning in commercial quantities in the Savannah Region.