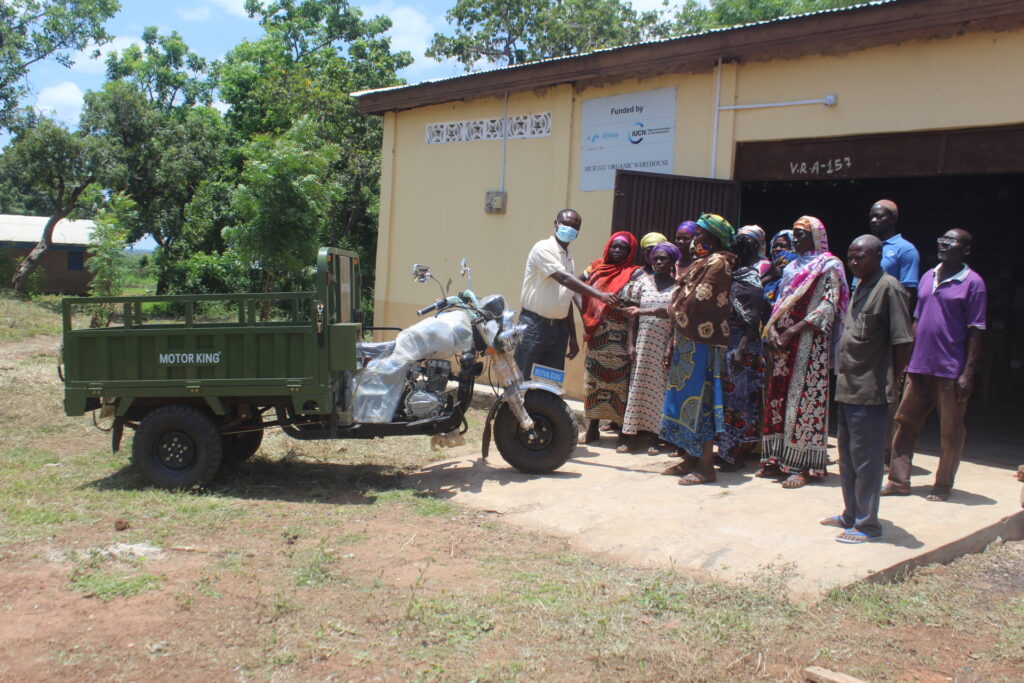 Handing over of keys to the women group

Life for rural women, especially those into farming, can be extremely laborious because more often than not, they have to joggle domestic chores with farmland duties.

To help reduce the back-breaking labour and improve yields and income, it is important that these women receive both mentoring and technological support.

It is for this reason that the Savannah Fruits Company (SFC) and Maison Karite SL have presented to the Tamabasigu Co-Operative shea nut Pickers and Marketing Society Limited, a brand-new motor tricycle to support women in the Shea Value Chain.

The equipment is mainly aimed at increasing the collection capacity of the women by reducing significantly the man-hours spent transporting tones of nuts across long distances to their homes for processing.

Shea nut collection and trade is a critical source of livelihood for women in the Savannah regions of Ghana.

Women in Murugu community within the Murugu-Mognori Community Resources Management Area (CREMA) in the West Gonja Municipality of the Savannah Region have long been engaging in the collection and processing of wild organic shea nuts.

Unfortunately, the women as part of their work are challenged with poor road networks and lack of transport systems from the shea parklands to the community. This in turn, makes it difficult to transport harvested nuts especially during the raining season. 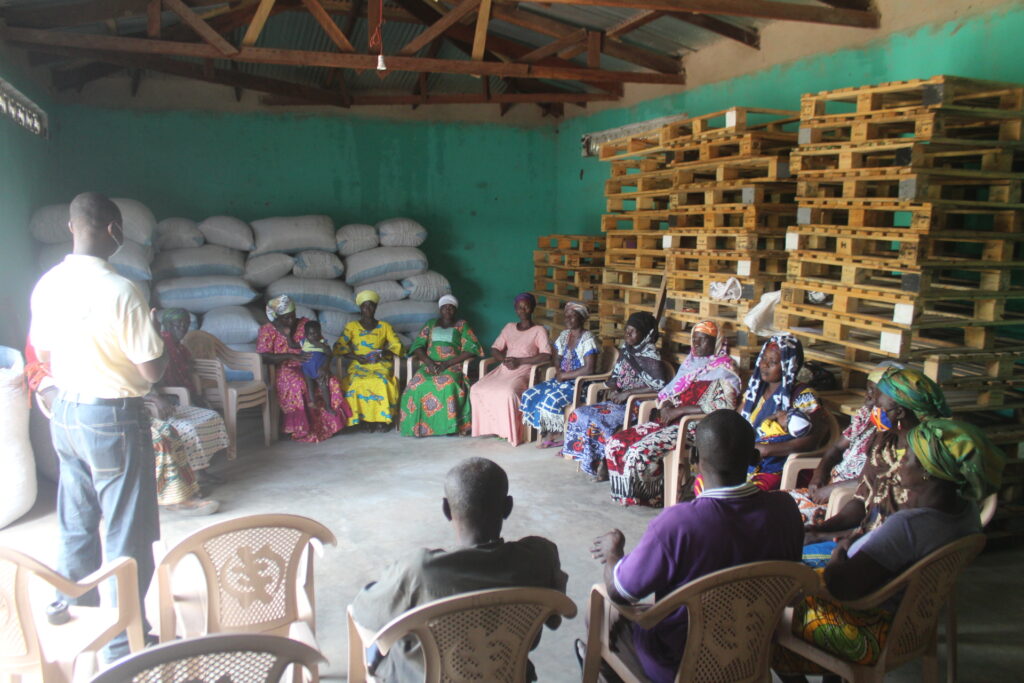 As an effort to support the women to improve the shea nut collection and also enhance their incomes and livelihood through increasing the number of bags of nuts collected and sold, A Rocha Ghana has been engaging with private sector actors within the value chain. One of such private companies are the Savannah Fruits Company (SFC) and Maison Karité SL.

Making the presentation on behalf of SFC, Mr. Felix Basing, Production Manager of the Company said, they recognize and appreciate the role of the women in the shea industry thus the need to support their business.

He therefore admonished the women to remain committed and expect more support from SFC.

Mr. Isaac Kofi Ntori, Project Officer at ARG thanked the partners for their kind gesture adding that, it was timely and relieving.

According Mr. Ntori, the package would not have been possible without the commitment of community members to the partners. He therefore encouraged the women to continuously ensure good environmental practices as they engage in the organic shea nuts collection.

He also advised beneficiaries to keep and maintain the tricycle and also strengthen the partnership between the CREMA and the development partners. 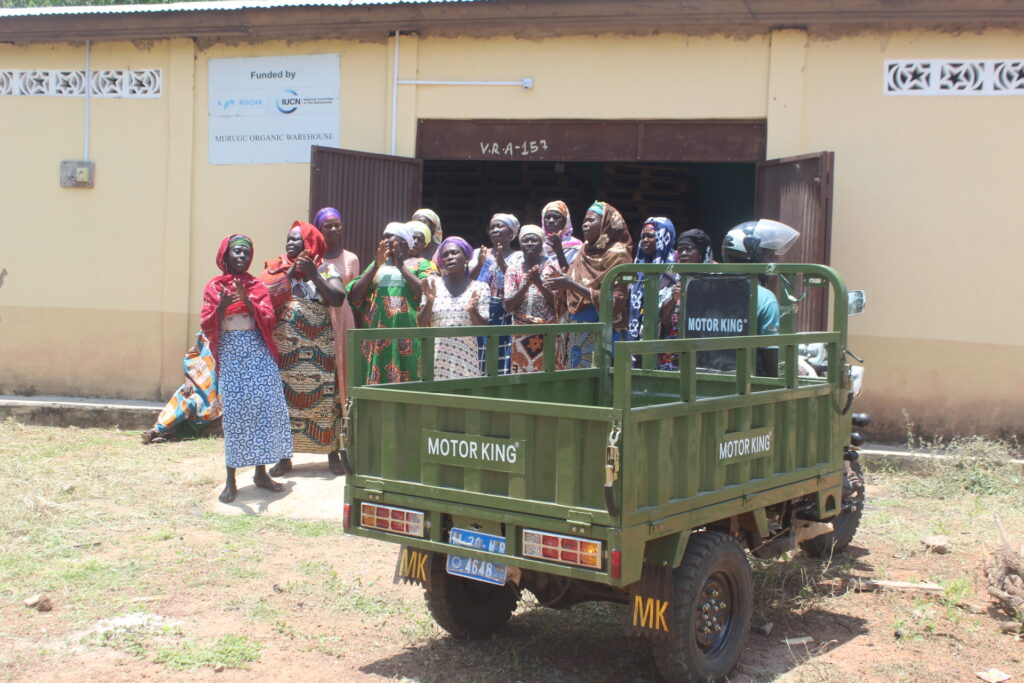 Madam Fatima Dari, the Secretary of the Tamabasigu Co-Operative Sheanut Pickers and Marketing Society Limited recounted how they used to walk over 6km before they could harvest organic nuts.

According to her, this made it difficult for them to save time for household chores.

“Sometimes we gather the nuts and are not able to transport them so they get rotten or eaten by wildlife,” she said while expressing her gratitude to the donors and the partners.

Mr. James Bani, secretary to the Murugu Community Resources Management Committee (CRMC) hoped the community would receive more donations soon. According to him, more of this equipment are needed to grow the shea industry and to improve on the quality of life of the women and the families in the value chain.

The handing over ceremony which took place in Murugu was attended by the women group, community members, Community Resources Management Committee Members and officers of A Rocha Ghana and the Savannah Fruit Company. Maison Karite SL, is a Spanish Company that manufactures, commercializes and distributes natural products.