GIADEC Should Stop Misinforming The Media And The Public

The Coalition of NGOs Against Mining Atewa (CONAMA) is demanding that the Ghana Integrated Aluminium Development Corporation (GIADEC), stops misinforming the Ghanaian Public on the bauxite development agenda.

The GIADEC in a recent engagement with the media raised certain facts and figures that CONAMA believes do not reflect reality.

In a press statement released Monday, December 9, 2019 and signed by its convener, Mr. Daryl Bosu and copied to several media agencies, CONAMA took time to address the inconsistencies. 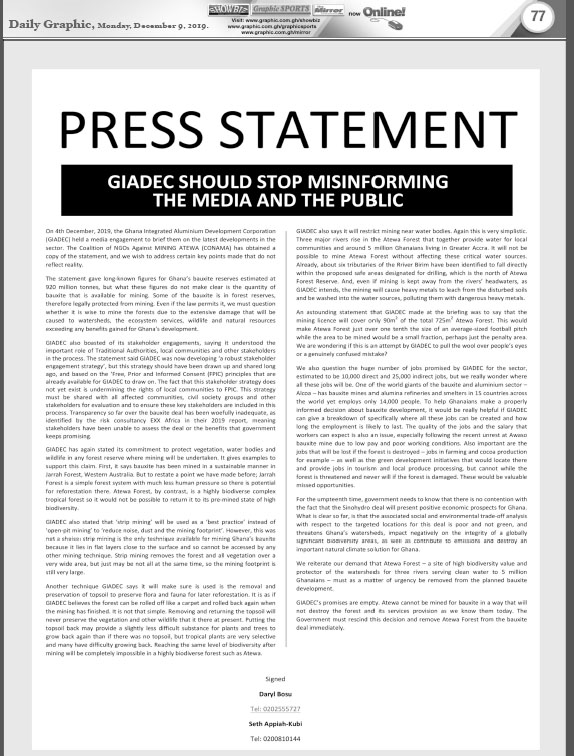