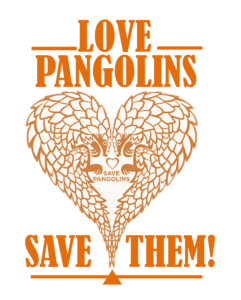 In July 2017, three Ghanaians were arrested for trafficking pangolin scales from Ghana to Malaysia. Nearly 400 kilograms (880 pounds) of pangolin scales worth 5 million ringgit ($1.2 million) were confiscated. The three are said to have outwitted customs officials by labeling the product as oyster shells in 12 boxes. The Executive Director of the Wildlife Division of the Forestry Commission of Ghana, Nana Kofi Adu-Nsiah, said the commission decided to investigate the issues following a June 16, 2017 publication by the Associated Press (AP) that Malaysian customs officials had seized the said quantity of pangolin scales at the Kuala Lumpur Airport.

The report indicated that it was the second time the scales of pangolins had been impounded from Ghana by the Asian country. Globally, Pangolins are trafficked for their scales as it is believed to have medicinal properties. In the case of Ghana, Pangolins are delicacies for many bush meat eaters. The local and international demand for pangolins makes the critically endangered species, the most trafficked and illegally hunted mammal in the world.

Out of the 8 species of Pangolins in the world, Ghana has 3 (Tree or African white-bellied pangolin (Phataginus tricuspis) Giant ground pangolin (Smutsia gigantean) and Long-tailed or black-bellied pangolin (Uromanis tetradactyla). According to the Wildlife Division of the Forestry Commission, the population of Pangolins in Ghana is not known. However, the species is wholly protected by law as well as the Convention on International Trade in Endangered Species (CITES, Appendix I) and thus, cannot be exported or hunted even for its meat, which is a delicacy in some communities.

It is evident that traffickers of the species may be using Ghana as a transit route to engage in their nefarious activities. It is however unclear whether the scales of Ghana’s Pangolins may have been part of the many seized consignments. The lack of statistical data on Pangolin populations in Ghana makes it more alarming to the truth that the species could be nearing local extinction considering the rate at which it is traded on the local market as well as exported from the country. 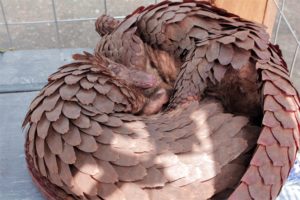 As part of actions to clamp down on trafficking Pangolins from and through Ghana, A Rocha Ghana and West African Biodiversity Initiative for Climate Change (WA BiCC) together with the Wildlife Division of the Forestry Commission organized an advocacy and law enforcement intervention to coincide with World Pangolin Day. The global day is commemorated on every third Saturday in the month of February to raise awareness on the species. 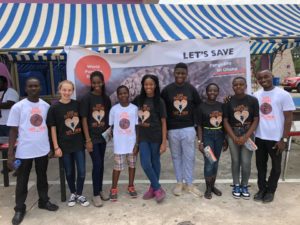 The event was preceded by a rescue operation by a task force from the Wildlife Division to free illegally hunted Pangolins from poachers who traded them on the main Accra-Kumasi Highway in the Eastern Region of Ghana. In all, a total of 6 Pangolins were freed into the wild and the hunters educated and cautioned on their trade.  The approach was aimed at recruiting local hunters to become agents of change and to support the fight to save Pangolins. 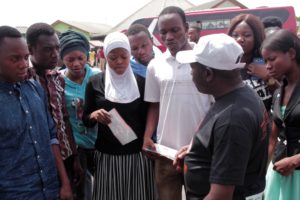 The campaign also mounted exhibition stands at two rest stops (Linda Dor and Paradise Rest Stop) on the main Accra-Kumasi Highway as part of efforts to increase awareness on Pangolins and to share with travelers, threats to their existence. The campaign will continue with full force till threats to the species existence are reduced. The Wildlife Division is currently intensifying patrols and working with officials at all entry and exit routes to check trafficking of the species through Ghana.

The campaign was supported by the following partners: