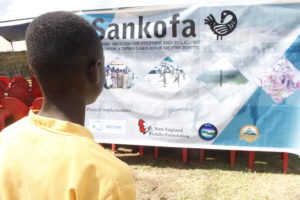 Belief systems have a considerable effect on attitudes and can therefore play a major role in reforming practices and changing lifestyles. Ghana is graced with good cultural values that have in years past, supported the protection of natural environments and ecosystems. Through traditional taboos and folklore, vital ecosystems have been protected and sustainably managed for the general benefit of society.

Lake Bosumtwi and the Antelope god

According folklore, a shot and wounded antelope evaded capture by a hunter and fell into a small pond. The pond expanded its banks mysteriously to the amazement of the hunter; causing him to believe the antelope was a ‘spirit’. He therefore named the pond “Bosumtwi” meaning “Antelope god”. The pond was protected traditionally by taboos and customs because it provided water and fish for the communities that surrounded it.  Modernization overtime eroded the rich traditional believes and norms that ensured less pollution and sustainable management of the lake. 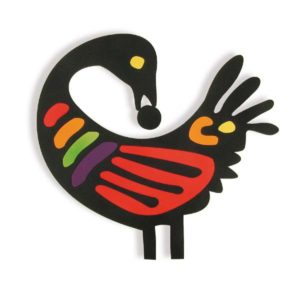 “Sankofa”, a Twi word from the Akan language in Ghana literally means “Go back and get it”. It fundamentally explains the concept of returning to one’s roots occasionally to pick good social values. Sankofa is a one of the famous Adinkra symbols that inspires the believe of not throwing away good cultural practices especially ones that are beneficial to society. 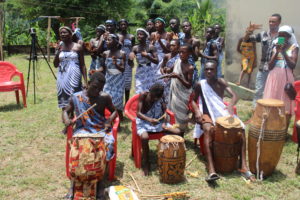 A Rocha Ghana through the southern sector office is leveraging on the rich cultural values of the Ashanti kingdom to conserve Lake Bosumtwi-the only Natural Lake in Ghana. The project, supported by the New England Biolab Foundation (NEBF) and through students, will utilize culture and folklore to reinvigorate human to non-human connections for sustainable management of the lake.  The project will: 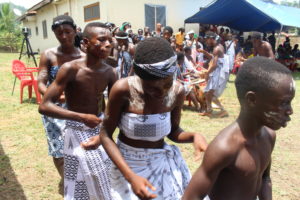 At the project launch in March 2017, students from surrounding schools put up beautiful cultural displays and other educative art forms such as traditional poetry, drama, music and dance to educate community members on some negative practices that had serious impacts on the Lake. The chiefs and community members present at the launch connected with the conservation messages displayed in the various art forms and pledged renewed commitment towards protecting the lake.