Spectacular and Elusive Bird Rediscovered in Atewa Forest, in Kyebi

The Shelley’s Eagle-Owl, a giant owl and one of the most elusive and mysterious of all birds, has been rediscovered in the Atewa Forest, after going unnoticed in Ghana by scientists for almost 150 years. The discovery was made by two British scientists working in Ghana. 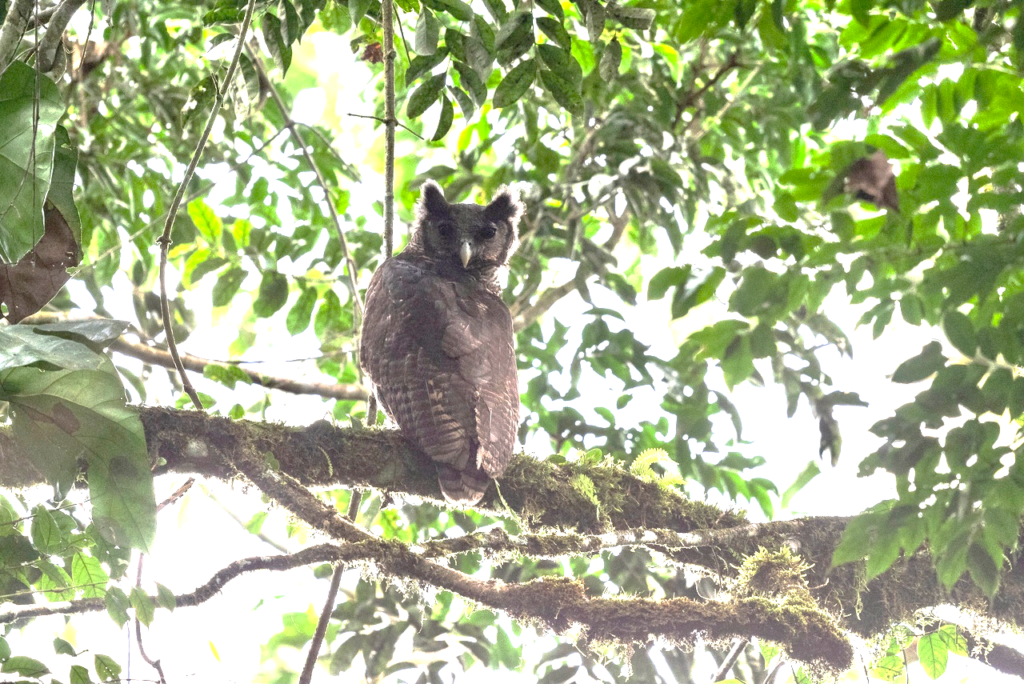 The Shelley’s Eagle-Owl Bubo shelleyi was described in 1872 from a specimen obtained from a local hunter in Ghana by Richard Bowdler Sharpe, curator of the bird collection at the Natural History Museum in London and founder of the British Ornithologists’ Club. There have been no confirmed sightings in Ghana since then, and very few glimpses elsewhere. It remains almost completely unknown. The only photographs of a living individual were grainy images taken in 1975 of a captive individual behind bars at Antwerp Zoo.

This all changed when, on the 16th of October 2021, the species was conclusively rediscovered by Dr Robert Williams, a freelance ecologist from Somerset, and Dr Joseph Tobias, a biologist at Imperial College London and leader of a UK-government funded field project studying biological impacts of agricultural development in Africa. The scientists, who visited the Atewa Forest during their time in Ghana, disturbed the huge bird from its daytime roost while they were walking in the forest, and initially thought it was an eagle as it flew through the tall trees. Luckily, it perched on a low branch, where they had a few seconds to clinch the identification and take the first known photographs of a wild Shelley’s Eagle-Owl.